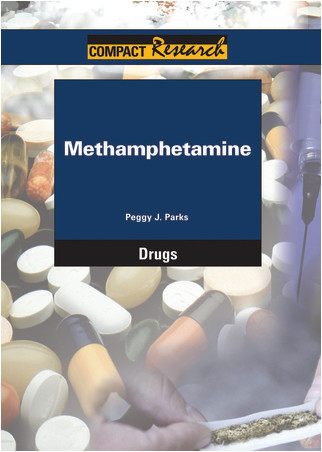 From the Series Compact Research: Drugs

The ubiquitous assignment of a health report on drugs is made far easier by the Compact Research: Drugs series, which offers overviews of the manufacture, side effects, risks, and abuse of each group of drugs. Bath Salts and Other Synthetic Drugs describes the rise in use of these newer and perhaps lesser-known but potentially deadly drugs, as well as problems associated with elusive marketing and hard-to-track Internet sales. Diet Drugs gives a history of early weight-loss drugs in the U.S. and their increasing popularity with the rise of obesity. It also relates the controversial effectiveness of diet drugs and the problem of diet-drug fraud. Methamphetamine looks at the serious dangers of meth production and abuse and the difficulties in treating meth addiction and passing laws to regulate the drug. Backed by current facts, statistics, and first-person experiences, every chapter includes further documentation with concluding “Primary Source Quotes,” from former addicts and law enforcement to health care workers and government officials. In this visual, by-the-numbers era, the series responds with end-of-chapter charts and graphs that display drug-related information. Additional back matter comprises lists of key people, advocacy groups, and related organizations; a bibliography; and a chronology. This series is the next go-to resource for drug-abuse research.