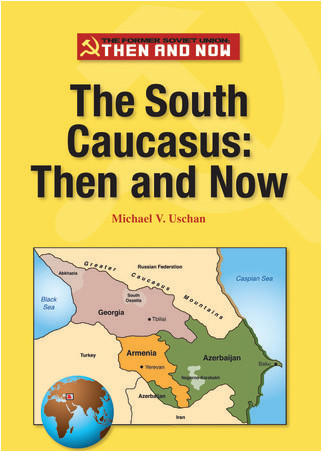 The South Caucasus: Then and Now

From the Series The Former Soviet Union: Then and Now

The three South Caucasus nations have battled several problems since independence. All have been involved in territorial disputes based on the ethnicity of their citizens. And all three have significant numbers of people living in poverty

This series reveals that the Soviet Union heavily influenced its former satellites economically, socially, and politically. It highlights the atrocities that continue to haunt the cultural fabric of its former satellites. Each title succinctly narrates the current state of affairs of a specific region in order to guide the reader into its history, and then briefly explains the people who occupied the region prior to Soviet domination. Each title contains five focus chapters: geography, economy, politics, social, and future challenges. The pages are sprinkled with colorful paintings, glossy photographs, and boxes that contain pertinent quotes and excerpts from primary sources. Teachers will appreciate the discussion of the actions of the Soviet Union that directly influence contemporary affairs.

Gr 7 Up–As violence continues in Ukraine and tensions rise between the United States and Russia, these books are both timely (Ukraine includes the Russian annexation of Crimea) and informative. Each one opens with an introduction to its region, followed by chapters about its pre-Soviet, Soviet-controlled, and post-Soviet national, political, economic, and cultural history. Authors are unsparing in their descriptions of communist brutality, which resulted in millions of deaths, economic failure, and environmental degradation, and are also critical of the endemic corruption that has stifled post-Soviet economic growth. Books are illustrated with average-quality photos, and brief sidebars provide additional information about topics such as Chernobyl and the Iron Curtain. This well-written set reveals how communist domination caused almost incomprehensible suffering for millions of people and how Soviet misrule has diminished current and future prospects. Strong and timely additions.