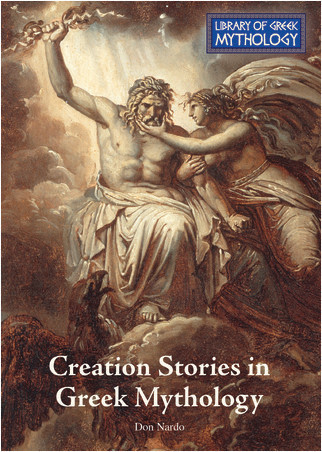 From the Series Library of Greek Mythology

Like peoples throughout history, the ancient Greeks maintained largely fanciful stories about how the world, animals, and humans came to be. At the core of those tales were descriptions of the origins of the gods. Unlike many societies, which envisioned gods fashioning the universe, the Greeks held that the universe came first and gave birth to the gods.