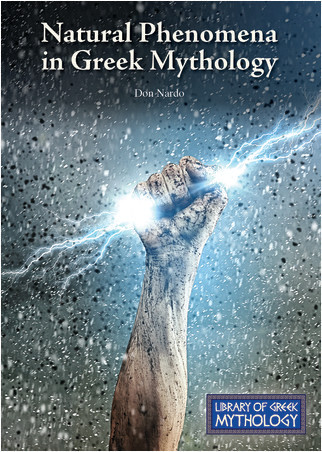 From the Series Library of Greek Mythology

Ancient Greek mythology is riddled with tales about natural phenomena. Among them are those that explain how the sun, stars, and other heavenly bodies supposedly came to be. Other myths dealt with the weather, including thunder, lightning, storms, and rainbows. The Greeks also believed that one or more gods were responsible for natural disasters, such as earthquakes, volcanic eruptions, and floods.