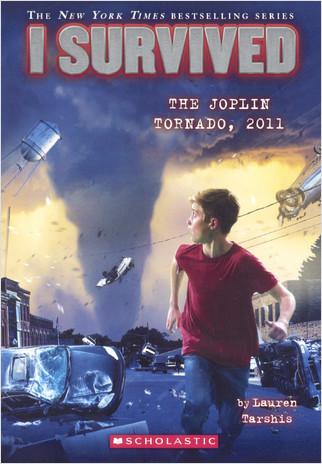 I Survived The Joplin Tornado, 2011

From the Series I Survived ...

The next book in the New York Times bestselling I Survived series will place readers right in the middle of the deadly Joplin Tornado of 2011. The 2011 Joplin tornado was a catastrophic tornado that struck Joplin, Missouri in 2011. It was part of a larger tornado outbreak in the spring of that year and reached a maximum width of nearly 1 mile during its path through the southern part of the city, killing 158 people, injuring over 1,000 and caused damages amounting to a total of $2.8 billion, making it the costliest single tornado in U.S. history. Lauren will bring her signature intensity to this distinctly American natural disaster, placing a young boy in the middle of one of the deadliest tornado to strike the United States since 1947.