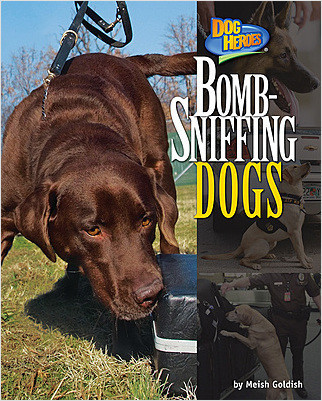 From the Series Dog Heroes

In March 2010, British soldiers were patrolling a street in Afghanistan with a Belgian shepherd named Chocolat. Suddenly, the dog walked ahead of the men and entered an empty shop. His handler k this meant the dog smelled something dangerous. The soldiers carefully entered the building and discovered a supply of explosives--enough to make more than 10 bombs. Thanks to Chocolat, the weapons had been found before they could do any harm. Chocolat is one of thousands of dogs that have been trained to use their super sense of smell to detect explosives. Some, like Chocolat, serve in the military, while others work with police in crowded public places like airports, bus stations, or sports stadiums. They all serve faithfully to help make the world a safer place. With real-life stories and full-color photos of bomb-sniffing dogs on the job, this book is sure to appeal to dog-lovers everywhere.